← back to
Ninja Tune
Get fresh music recommendations delivered to your inbox every Friday.
We've updated our Terms of Use. You can review the changes here. 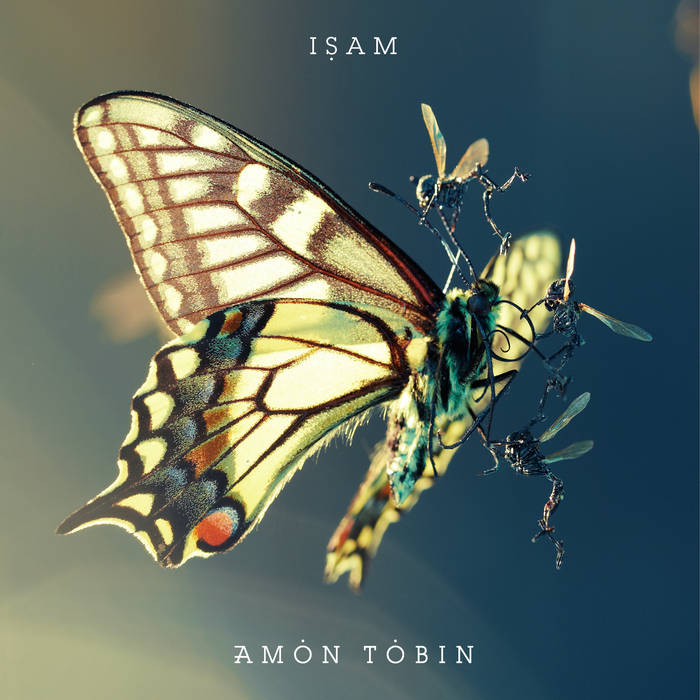 Kehlim An album, that climbs, at night, through your bedroom window and asks you to watch the approaching, glowing red comet with them. Favorite track: Dropped from the Sky.

Christopher Moklebust A cascading tapestry of electro-acoustical energy plummeting toward a spatial terminus, Amon Tobin's ISAM is the demonstration of such phenomena. It is the musical representation of auditory collapse and reconstitution - built upon the continual resonance of that which came before it. ISAM exists only on the subatomic level, filled to the brim inside the dichotomy of collision and separation. Favorite track: Piece of Paper.

Jesse Butterfield Amon Tobin has always been way ahead of his time, pushing what electronic music can be. I really wish I had gotten to see this live rig when it existed, but I was pretty late to the game. Favorite track: Lost & Found.

What is “ISAM”? A transmission from a distant planet? A gateway into an alternate reality? A codename for a new psychotropic? A freshly discovered planet? A secret swinger’s network? A liberation theology? A soundtrack to the ultimate snuff movie? Nonsense? The only sense in town?

Re-drawing and blurring the lines between psychedelia and sci-fi, between art and entertainment, between sound design and melody, Amon Tobin has created the finest, most intense work of his very considerable career, an extension and refinement of everything he has achieved thus far, a crowning achievement in the process that he describes as “re-ordering the things around me.”

Tobin’s earliest work, in his own words, “took bits of existing music from old records and tried to find new contexts for them.” This led to albums like “Bricolage” and “Supermodified” (the clues being in the titles). Gradually, though, the samples “got smaller and smaller and more processed until they became less about context or reference and more like a physical reincarnation of sounds.” This led to the next stage in Tobin’s development, his last album, “Foley Room,” where he followed a Cage-ian tack and “looked at all sounds as potentially musical,” ending up using his own field recordings of lions, wolves, bees, factories and so on. With “ISAM” Amon started with field recordings but then synthesised the sounds and built them into actual playable instruments. With these instruments he then created the album. The vocals are Amon Tobin's for the first time, synthesised and gender modified. “It’s by far the most exciting development in my personal quest for some control over nature,” Tobin explains. “Anything from a grain of found sound to my own voice can be transformed into something new.”

The result is a record of uncharacteristic depth and richness (intellectual, emotional and aural), one which sets your synapses crackling with dread and beauty, reminiscence and speculation, or just the pure apprehension of sound, accomplishing most of the hopes and dreams of dubstep, for instance, without even bothering to limit itself to having to be dubstep (which isn’t to say it doesn’t have some of the most terrifying bass rumbles your sternum will feel this side of Hell). Rarely has a piece of music made the listener feel so completely immersed in a new world, with all the strangeness, excitement and, occasionally, fear that entails. Once you begin listening to “ISAM,” anything written about it becomes redundant. A truly outstanding piece of work, it should establish once and for all Amon Tobin’s well-earned right to sit at the very top table of electronic music making.