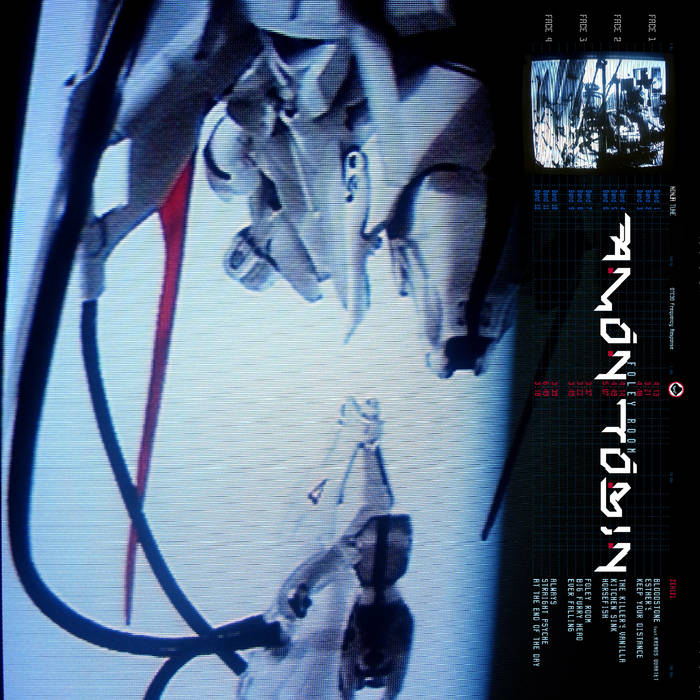 Ken Adams the beginning of all sorts of fun audio shenanigans

BrickDickRick Amon Tobin is a master of sound-design. Seeing as this was his first foray into using field recording and eclectic sampling of all sorts of shit makes this an astounding, landmark album for DnB and breakbeat. It has elements of so many genres. Easily one of the best albums I own, and one of the best of it's time. Favorite track: Bloodstone.

Genius of noise manipulation and uncompromising musical auteur, Amon Tobin is set to release, “Foley Room,” his most conceptually satisfying and beautiful album to date. After finishing work on his soundtrack to the video game “Splinter Cell” Tobin decided it as time to re-think his compositional processes. Having made several albums from reconstructed vinyl sources it was time to look at what else could be pulled apart and reconfigured. Amon had been told about the work of foley artists and this served as an inspiration. A foley room is where the sound effects are recorded for films. Foley artists use their imagination and ingenuity to make the right noise for the situation they are presented with.

With this in mind, Amon and a team of assistants headed out into the streets with high sensitivity microphones and recorded found sounds from tigers roaring to cats eating rats, from wasps to falling chickpeas, kitchen utensils to motorbikes to water dripping from a tap. Added to this were the sounds of musicians like the Kronos Quartet, Stefan Schneider and Sarah Pagé, Tobin travelling from foley rooms in Montreal to San Francisco to Seattle and back as he collected them (the CD release will be accompanied by a short DVD, “Foley Room: Found Footage,” documenting the recording process). He then took this wealth of source material and twisted it round into the haunting, muscular music you can hear throughout this remarkable album.

If a theme runs through “Foley Room” it is what Amon describes as “the pairing of sounds that share a sonic quality despite being otherwise unrelated”. And beyond this, of course, his belief that source material is just that – a source, something to be processed, warped and manipulated until it runs beyond itself. This isn’t an avant garde or deliberately obtuse record, rather a way for Tobin to freshen up his approach to music whilst tipping his cap to the musique-concrete and found sound pioneers of the past.

The results are immediately apparent. There seems to be a new aural depth to the sound of the record, a living looseness despite the almost forensic way in which the music has been pieced together. In many ways it’s as musical and melodic as anything he has produced. And, as ever with Tobin, there are moments of spectral oddness as well as those of sheer exhilaration. Most of all, though, there is a consistency of vision as you are dragged backward through moods and sensations which encourages you to see the record not as a collection of “tracks” but as a whole piece. Unique and compelling, “Foley Room” is set to stand out even amongst the consistently high quality of Tobin’s other output.